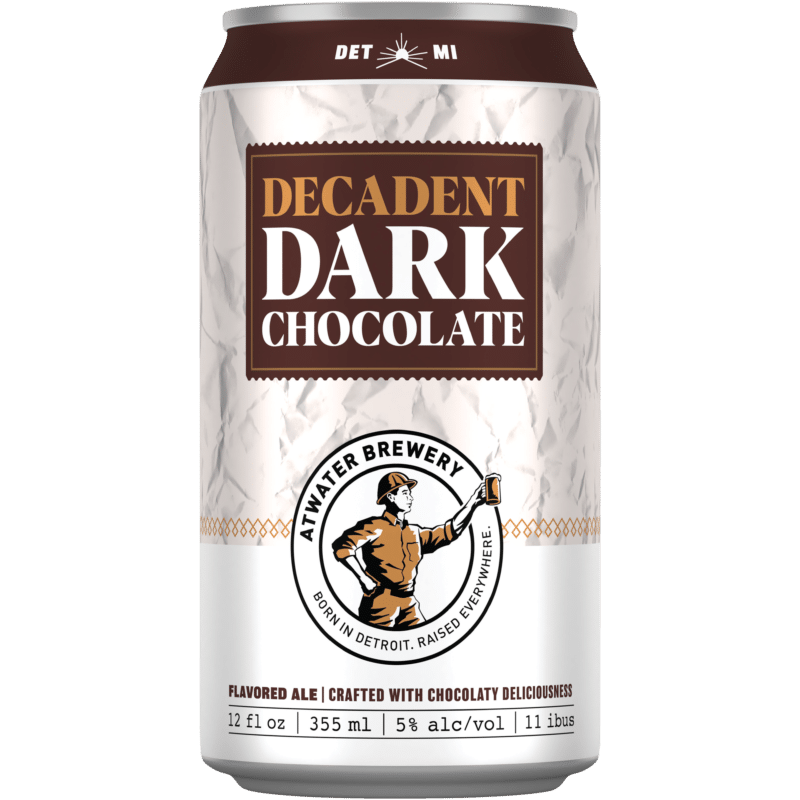 Holding true to the Northern English tradition, the Decadent Dark Chocolate Ale at its foundation has a nutty profile with a round mouth feel. Added is a Chocolate Extract consisting of three blended chocolates of varied depth. The result is a rich, but not overtly sweet experience for both the beer and the chocolate enthusiast.

Originating in 17th century England, Brown Ales were held most dear in Northern England after WWII. The Brown Ale influence could also be seen in some early American Colonial brewing. Malty nut flavors tend to be more prevalent in the Northern English style, whereas direct malty sweetness tends to lead in the southern English versions.

Inspiration behind artwork: Eccentric, wild, bold, everything that a chocolate beer should be.